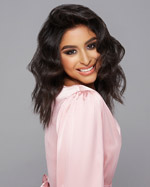 Citlalli Cadena has lived in Fontana for over ten years. Her favorite place in Fontana where she has created fond memories is the Fontana Lewis Library. She remembers visiting the library during field trips in elementary school, reading with her father at a young age, as well as attending study groups with friends in high school. She is a recent graduate of Summit High School and is currently attending Chaffey Community College. After completing her years at community college, she is planning to transfer to UC Davis where she will major in Animal Science. He goal is to become a Wildlife Veterinarian where, in the near future, she could focus her time on volunteering at local community clinics. She is determined to educate the people in her community about the importance of recycling in order to help provide a cleaner and safer environment.

Jayleen Cruz is a recent graduate from Summit High School as one of the top students of her class. Through high school, she was involved in several clubs, volunteered at multiple events in her community, and was captain of her cheerleading team. She is now an honors student at UCLA, majoring in Physiological Science. She hopes to continue to med school and obtain an MD. Her future plans are to become a pediatrician and help children in need. Jayleen has been involved in community building projects across the globe, and hopes to now give back to her own community. 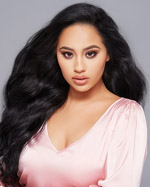 Tania Martinez has been a Fontana resident since 2007, and graduated from Summit High School in 2017. She currently attends the California Polytechnic University of Pomona, where she plans to obtain her degree in Architecture and minor in Business. While in school, she has had the opportunity to be a part of the insurance industry, and she hopes to use her background in business to become an insurance agent owner. Tania also enjoys spending her time at the beach and with her loved ones. 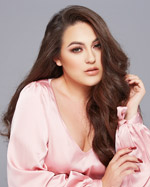 Teddy Calderon, a Carter High School alumna, has lived in the outskirts of Fontana since 2010. She currently attends California State University, San Bernardino, where she plans to graduate with a Bachelor’s Degree in Computer Science in the Spring of 2021. Teddy aspires to work alongside Aerospace Engineers at SpaceX in the future. Most importantly, she likes to raise awareness about the importance of pursuing a higher education with an emphasis in STEM careers. 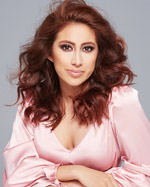 Chelsea Ramirez was raised in Southern California and has called Fontana home for five years. She is a first-generation Guatemalan-American academic, artist, and proud daughter of immigrants. After graduating with multiple distinctions from UC Riverside, Chelsea is pursuing her MFA at USC as a George Lucas and Hearst Scholar. As an actor/director/producer/filmmaker, Chelsea works to reshape the narrative for Latinx in Hollywood and become an award-winning artist, filmmaker, and innovator. You can catch some of her latest acting work in the Academy honored AppleTV series, Little America. She is passionate about empowering women, immigration, education reform, and financial literacy/liberation for all. She continues to work and fight for these goals to show others that dreams are possible with faith in God above all else. 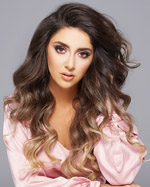 Camila Valencia was born in Las Vegas, Nevada, spent her childhood in Mexico, and transferred to the wonderful city of Fontana, which she now calls home. Aside from being a full-time Business Development Manager and Notary Public, she is also currently enrolled in the Business Administration program at Chaffey College. She is studying to obtain her Real Estate License and hopes to eventually get her Broker’s License. She volunteers in various organizations around the city such as the Fontana Senior Center, the Boys and Girls Club, and helps train with the Community Emergency Response Team, for which she is certified.